Our Power to Save

Whenever I pick up The Bronze Bow, a beautiful novel by Elizabeth George Speare, another vital life lesson strikes home. I used to read it every year to my fifth grade class. And every year, I couldn’t make it through the whole book without breaking down into tears during one particular scene where a man lays down his life for his friend.

To set the stage: a group of young Jewish zealots plan to rescue one of their members from a Roman slave caravan. They are strong, ambitious. They believe God is on their side. They contrive the “perfect ambush,” confident of success.

The raid fails. The Romans don’t panic. The plan’s time frame stretches like a rubber band causing their plot to become more and more fragile until it snaps back on them. Not enough weapons, not enough strength to break their friend’s iron bonds. The Roman guards close in. 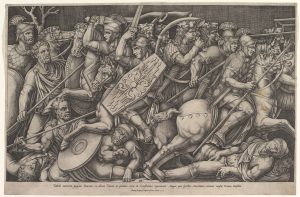 Enter an unexpected source of help. He manages to free the slave then turn on the captors while the zealots make their escape. He saves the day – but doesn’t make it out alive. That’s where I lose it. I must have read the story twenty times or more, and I still sob over that selfless love.

The Bronze Bow is fiction. The Bible is not. The story of Christ’s sacrifice should reduce me to tears every time I read it. Jesus went beyond a mere rescue of a soul or two from the grasp of evil men. He sacrificed Himself for billions of souls, and even better, He still lives!

Too often, we Christians make the same mistake the zealots did in the novel. Our faith is strong, God is with us. Surely, we can save a lost husband, a lost wife, brothers, sisters, friends, children. But we can’t. Our brilliant debates, our enthusiastic persistence, even our acts of love can’t break the chains that bind people to unbelief. We are not strong enough. 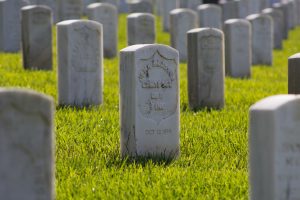 By Ryan Stone on Unsplash

The Bible is filled with verses about the strength of our adversary and how he and his cronies permeate everything on earth.

Check out Ephesians 2. There is a prince of the power of the air that presses mankind into disobedience beyond his own natural selfishness. We can’t bring about our own salvation. Our flaws get in the way. Salvation can only be a gift from God.

Check out 1 Peter 5. Satan prowls around like a lion looking for someone to devour. We need God’s grace and guidance to know how to fight him off. Any plan we make to defeat the enemy will fail if we depend on our own puny strength.

Enter Jesus. He is the One who can swoop in, snatch the captive, free him, and fight off the enemy all at the same time. So why does He need Christians?

He doesn’t, but that doesn’t mean there is nothing for us to do. When He makes a rescue plan, He gives us tasks to accomplish. Those tasks build our faith and teach us to become more and more like our Savior.

I know so many people who need salvation. You do, too. I’ve learned to start with prayer and wait for God to let me know what part I get to play in the rescue. He may give me a prominent role or a one-liner. I might remain backstage, but every successful raid against the enemy has the ebullient mood of a successful play after the final curtain of its premiere. The cast party in heaven is going to be a lollapalooza! 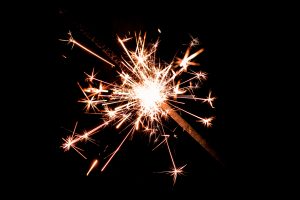