ECON 101: A Course from John Wesley, The School of Hard Knocks, and My Parents 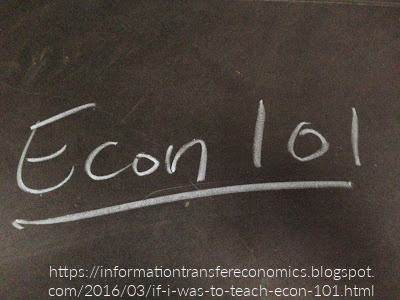 The Value of a Buck

My parents made sure I learned the value of a buck and how to earn one before I entered nursery school. “No, Linda. We only need milk, bread, and eggs today. We don’t have enough money for a candy bar.” “Thank you for putting your toys away and I didn’t even have to ask! Here are three pennies. Put them in your piggy bank.” If I stuck out a hand hoping for more, they ignored it. If they did indulge a whim of mine, I’d better play with the toy I had claimed was the best thing in the whole world or eat the treat I’d begged for. “You wanted that strawberry milk mix. Now drink it.” I gagged my way through three-quarters of the tin before Mom showed mercy. School years arrived. I earned a weekly allowance which paid for school lunches, church offering, a savings account (one dime at a time), and a little left over for mad money. If I wanted something that cost more than what I had,no one handed me anything extra. I would have to take the time to save up. College was my future. My parents drilled the concept into me before I could say the word, “university.” While Mom’s secretary job would pay a good portion of higher education, they expected me to do my part. From seventh grade on, I worked as a babysitter,until I reached the status of full time nanny during high school summers, bulking up that old savings account. If I had spent all my earnings on an extravagant wardrobe, they would have made me get a job at school to pay my share, or I could just wait out a year and work until I had the funds. 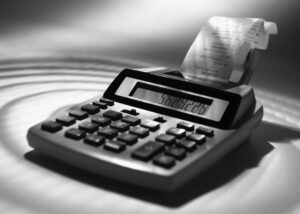 Dad counseled me on the ins and outs of keeping a budget. Simple arithmetic, really. You start with so much money, earn more to increase your bottom line, pay your expenses, and save for emergencies. Anything left over can be spent on what I want. But don’t borrow money! A home mortgage was the only debt-approved item. And a car loan, if absolutely necessary. Did I listen to my parents? Sort of. Ninety percent of what I earned in high school covered about twenty percent of my college tuition. I could balance my checkbook every month. But once I was married… We bought furniture and a second car, but neither of us had a good job yet. Surprise! I got pregnant! Although inundated with gifts, we still had extra baby expenses. And for some inexplainable reason, we decided we needed a large freezer, via five years of loan payments to the tune of a 36% interest rate. My father must have been beating his head against a wall, but I’ll thank my parents forever–they never said a word.

My husband and I only needed that one course in the school of hard knocks. Within two years, he snagged a great job, I stayed home with son #1, and we paid off all debts except the car. And we bought a home. So now we had a workable budget, a cozy nest, and the job had no trouble covering the two debt payments. 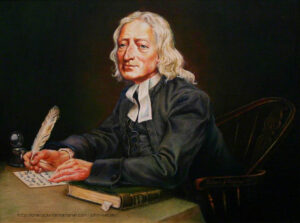 Church taught us an additional concept regarding a good budget. John Wesley (1703-1791), a prodigious preacher of his time, is known for the phrase, “Earn all you can, give all you can, save all you can.” We were pretty good at earning and saving. We tithed. But “give all we can?” So…if we saw a need, and we had some extra, we should…give it away? Yes. Our parents and friends had given to us when we were paying off that stupid freezer and scraping every dollar for a house down payment. It was our turn. The next time we noticed someone in need, we tried it. When we saw another need, we tried it again. And you know what? Not only did we feel good about helping someone out, we never missed the money. Even if an expensive emergency came up, our savings covered it. We’ve been living by John Wesley’s words for almost forty years now. No regrets.

America has a spending problem. 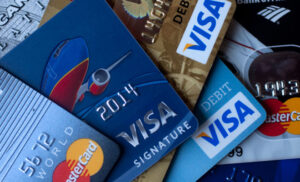 Not just our government. Nerdwallet.com says the average American household is over $90,000 in debt, not including a mortgage. If only everyone could learn Life’s Econ 101. What if everyone earned all they could, gave all they could, and saved all they could? Would we need welfare if we all helped each other? It’s not fun to live on “beans and rice and rice and beans” as one radio host is famous for saying. But we won’t starve. And it won’t be forever. Friends and family will help out for a while, and then we’ll pass it forward one day. I can’t help the whole world, but I have the ability to give to some of the needs I see in my corner of the world. So can you. John Wesley and his followers helped thousands of people in his time, but he couldn’t help everyone. Jesus fed over nine thousand people single-handedly, but while He walked through Israel, not every starving person was fed. He even told His disciples the poor would always be with them. His lesson: help out where you can. 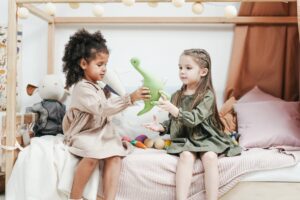 When we share because we want to, life gives us joy. The person we helped is happy, but the giver more so. There’s a Bible verse that speaks to that! Ever since the colonies were settled, Americans, in general, have enjoyed sharing. We’re a people of Christian heritage, we’re grateful for our blessings, and we want to help others. Next time, I’ll write about Life’s ECON 102, based on a society where the citizens are forced to share according to government decree. Doesn’t sound as joyful,  does it? Stay tuned.