He Had A Dream…Can We Revive It? 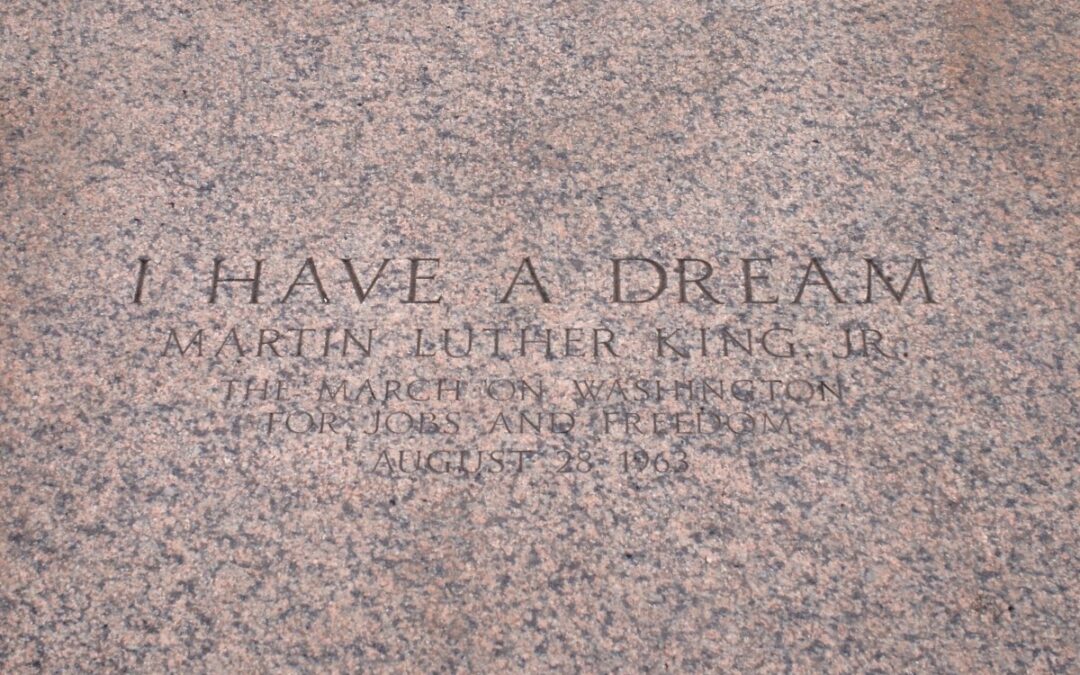 At the not-yet-ripe age of seven, I was vaguely aware of the civil rights tensions in our nation. My parents never discussed the news in front of three small children, so information from the world outside our home drifted across my vision through the daily paper or snippets of the five o’clock news.

Television news, as every seven-year-old knows, is boring. However, I was a kid who loved to read. Anything. I could sound out all the words in a newspaper article. The problem: I didn’t understand the meanings of those big words. Their accompanying pictures puzzled me. A crowd of people marching down a street. Like in a parade? But there didn’t seem to be any bands playing music. A fire hose spraying water at all the people. I liked getting wet with our garden hose on a hot summer day, but that hose knocked people down. It didn’t look like fun.

I shrugged it off. It wasn’t part of my second-grade, integrated, New York world. Would that be considered systemically racist?

Some might say so, but every child is only aware of his or her daily surroundings. African-American children in the deep South were far more cognizant of prejudice against them. Their parents warned them of the ugly consequences if they didn’t behave in public according to the customs of the day—customs which certainly could be called systemically racist.

Once I gained the mental maturity to understand what Martin Luther King Jr. and the Freedom Riders accomplished, I admired their courage. I recognized that the “Good Old Boy” fraternity in many states consisted of a group of white people in power who didn’t want the clear distinctions of their caste system clouded by anyone, black or white. To break into the ranks above was called “uppity” and required punishment.

MLK and his followers refused to quit. They marched peacefully. From what I’ve read, they never hit back at the police unless their children were attacked by said police. Some of those who marched died for the cause including King himself. Others were maimed for life from the beatings they received. Still, they persevered. And ordinary citizens of all colors and from all walks of life and from all over the nation began to put pressure on those Good Ole Boys and the government leaders.

King’s famous line from his “I Have a Dream” speech spoke of his desire that his children would be “judged not by the color of their skin but by the content of their character.” I believe our nation has made great headway in gaining that dream. America integrated its schools, its sports, its businesses, its military, and its homes.

Today, there is a new, vindictive dream trying to establish itself in our schools and in our identities. It’s in direct opposition to Martin Luther King’s vision of America. Instead, this dream instructs us to judge each other by the color of our skin, not by the content of our character. The new dream divides, creates guilt in the minds of the innocent, and causes those of different skin color to be suspicious of each other.

Men and women, now in their seventies and eighties, who marched with Dr. King are heartsick. They bled for the opportunity of equality, and now, groups who encourage hate-filled violence shred their dream.

King called for dignity and discipline. He desired justice for all. He wanted respect, not favoritism. He warned against bitterness and hatred.

BLM and Antifa have rejected his dream and turned it on its head. Attacks on police who did not attack them. Foul language. Looting. Arson. Even murder. They seek revenge against all of society for the sins of a few.

The violence and unrest we see on the news has led the United States into another dark season. Will all Americans stand with MLK’s legacy for what is right and good and peaceful and loving? The Church needs to lead the way. Pastors, black and white and every shade of brown, along with rabbis and imams, need to link arms and remind the world of Dr. King’s dream. And not only our faith-based leaders. Their congregations must march behind them, both literally and figuratively, as should anyone who recognizes right from wrong.