Painting the Rainbow by Amy Gordon 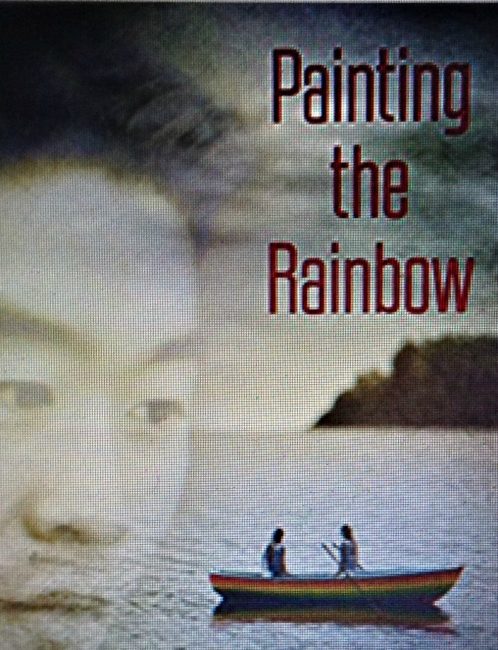 Painting the Rainbow is a beautiful, multi-generational story of the Greenwood family’s summer reunion. The Greenwoods appear healthy, supportive of one another, ideal—except for the mystery of Jesse’s death more than twenty years earlier.
Thirteen-year-old Holly narrates, but a neat twist is added. Her cousin, Ivy, also thirteen, provides point-of-view through her diary entries. The girls stumble upon various clues about their Uncle Jesse’s past, but no one will discuss it. Ivy’s dad, Jesse’s twin, goes ballistic if Jesse’s name is mentioned, and even their beloved grandmother Gigi refuses to enlighten them.

Set in 1965 as the Vietnam War gears up, parallels between the generations become more and more focused, and the girls learn of an unusual connection between Uncle Jesse and a young Japanese man who came to their town shortly before World War II started.

Dozens of threads of the individual characters’ personalities and actions intertwine, and Amy Gordon weaves them skillfully into a sublime story tapestry—one I’ll read again. And I rarely read a book twice.

1. The voice, the prose, the style—they all drew me in immediately. I didn’t want to put down the book. Forget lunch, dinner, housework, or writing tasks.
2. The story is a great vehicle to teach the issues of the 1960’s. We can see the results of those issues fifty years later.
3. Some books deal with dark subject matter and make me feel soiled by the end. Not with Painting the Rainbow. Every character, while containing a flaw, or two or three, is a realistic, valuable human being, and none of the flaws compromise a Christian reader’s values

1. As per number three on my Pros list, the Greenwood family isn’t particularly Christian; however, they reflect moral values of the Golden Rule.
2. My own little pet peeve: the choice of Holly and Ivy for names of the main characters. Too cutesy of a combination!

1. What were the repercussions of keeping a secret for twenty years?
2. How were the Japanese camps in America in 1942 similar to Nazi concentration camps? How were they different?
3. How was Jesse’s attitude toward war with Germany and Japan the same or different from Randy’s attitude toward the Vietnam War?
4. If you discovered a mystery about your family’s past, would you keep searching for answers like Holly did no matter if people got upset with you, or would you back off like Ivy wanted to?