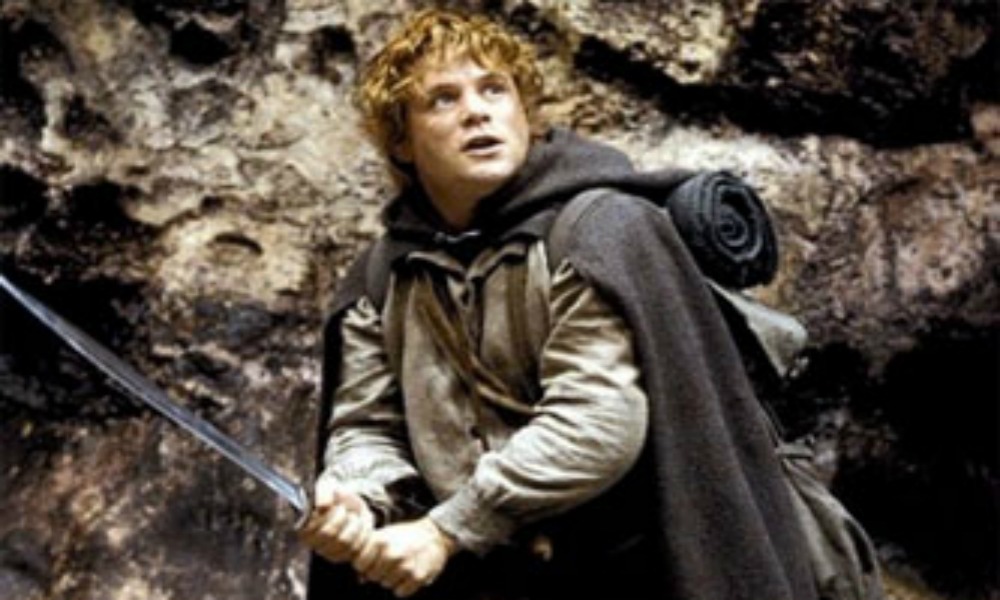 Nothing rings epic like the Lord of the Rings Trilogy. While I am not a fan who follows every bit of trivia regarding the movies or the books, particular scenes thrill me. One is the battle in the spider’s lair. Frodo the Hobbit lies helpless, wrapped in a cocoon of spider silk. Sam, his friend who sticks closer than a brother, defends him from the spider with light and sword. Bruised and exhausted, Sam does not give up, but presses the fight until he wounds the evil arachnid badly enough to force her retreat. Willing to give his life for his friend, Sam refuses to desert Frodo even as Frodo is driven toward madness in his the obsession with the ring.
Although Frodo is the main character given the responsibility to destroy the ring, Sam is the true hero. In spite of all the magnificent battles and the courage displayed by elves, dwarves, mythical creatures, and men, Sam loves Frodo and will not turn back, will not abandon him to failure. He can’t force Frodo to give up the ring, but he remains nearby pleading for him to do the right thing.
Ephesians 6:13 tells the Christian soldier to put on the whole armor of God in order to withstand evil, and when you have done everything you can, you stand. Do not retreat. Do not give up. Sam exemplified that soldier. He did everything he could, he refused to retreat, refused to give up. He stood at his friend’s side, and he faced evil even when he was helpless to stop it.
Am I as faithful to my friends? Do I hold up the light of Christ as I pray for a friend who has turned away from truth and has been captivated by the world? Do I wield my sword of the Spirit to battle evil that would dare touch someone I love? Do I exhaust myself in defending him? Do I remain at her side no matter what? Regardless of my friend’s decisions, have I done everything possible to plant my feet and face the Enemy? Oh, may I, like Sam the Hobbit, be a hero.