The Other Side of Freedom by Cynthia Toney 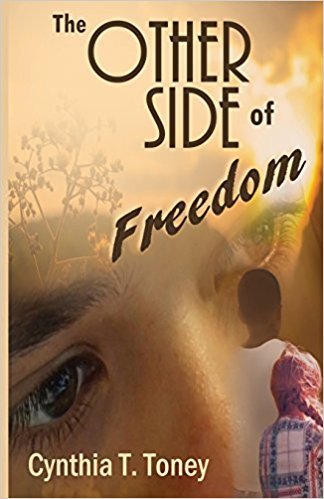 Cynthia Toney was one of the first of my writer friends to be published. Her historical novel for tweens and teens is a favorite read.

In a southern U.S. farming community in 1925, thirteen-year-old Salvatore and his Italian immigrant father become involved against their will in a crime that results in the murder of an innocent man and family friend. Amidst bigotry, bootlegging, police corruption, and gangland threats, Sal must discover whom he can trust in order to protect himself and his family and win back his father’s freedom. Sal’s family, their African-American farmhand, and the girl who is Sal’s best friend find their lives forever changed as dreams are shattered and attitudes challenged in a small community called Freedom.

The Other Side of Freedom is a novel of struggle and hope, of friendships gained and friendships lost. With a boy as a main character and a girl as a strong secondary character, children of either gender will enjoy the book.