The Ultimate Sacrifice For All Time 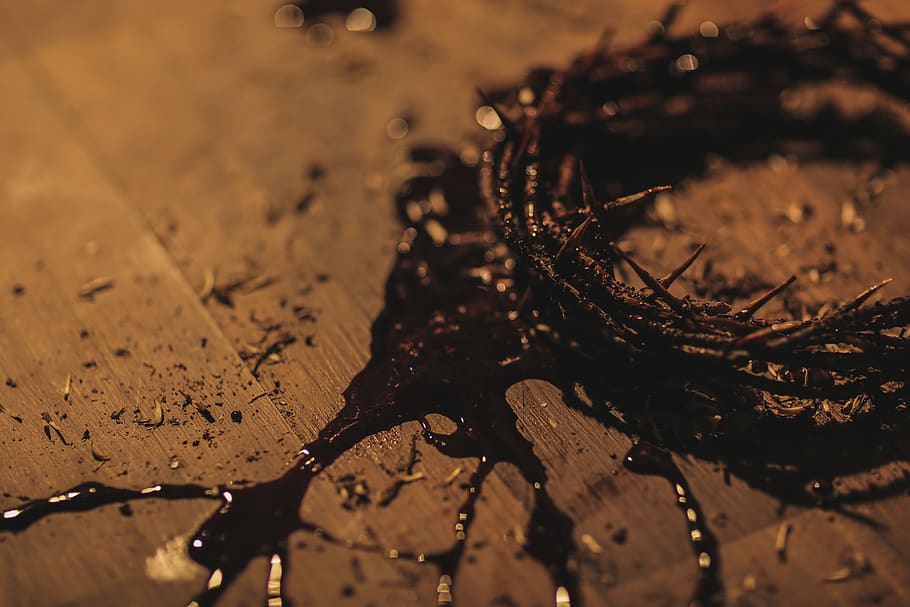 Every Christian knows the story of Christ’s Resurrection. We celebrate His victory over death and how His resurrection guarantees ours. Easter has got to be the most joyous holiday of all religions on earth.

But do we forget…

• That the Lenten season (between Ash Wednesday and Easter) was intended for us to remember Christ’s sacrifice?
• That our celebration of Christmas foreshadows that sacrifice?

I don’t like to dwell on the torture of crucifixion. Meditating on God’s blessings is far more comfortable, and besides, thoughts of man’s inhumanity to man (and Son of Man) don’t fit in with the Apostle Paul’s admonition to think on things that are pure and uplifting (Philippians 4:8).

I don’t want to think about how the baby Jesus might have felt finding Himself in a cold world, sensing its imperfection from the first moment of His conception. Better for me to picture the standard Nativity scene or imagine Him as a Child who was blissfully serene as He grew up in a small village in Palestine.

And I most definitely don’t want to consider the spiritual ramifications of His time spent on the cross. Let it remain a mystery to me, but the Bible hints at the agony when, for the first time in all of eternity, Jesus felt a separation from His Father. (Matthew 27:46) 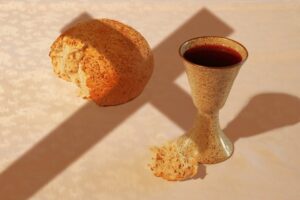 When I was a very new Christian, I didn’t follow that last advice about letting things remain a mystery. I dared to ask God to show me what Jesus experienced on the cross in the spiritual realm. Since thousands had died by crucifixion at the hands of the Romans, what made this crucifixion different?

For less than a nanosecond, He flashed the vision of the cross on the screen of my consciousness. I was devastated, I was humbled–by the magnitude of His love. There are no words to accurately describe what I saw.

This is as close as I can get:

As Jesus hung there in physical pain, the sins of every person who ever lived and whoever would live in the future slithered all over Him. He was buried under, swarmed over, smothered with sin’s vermin. If you’ve ever read 1984 and the torture described, Jesus suffered a million times more, no, an infinite number of times more.

I immediately cried for God to take the vision away! Not in words. No time for words, but a desperate plea from my spirit. 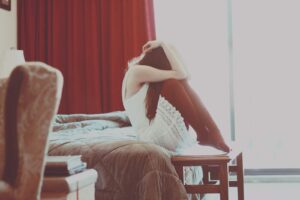 In spite of the horror, I’m grateful God answered my prayer. It has kept me cognizant of what Resurrection cost the Son of God. I will never be able to offer a sacrifice to Him that compares to such all-encompassing love.

So what CAN I do?

• I can maintain a grateful heart. That’s the least I can do. May I never forget His sacrifice!

• I can listen for the whispers of the Holy Spirit and be quick to turn in any direction He sends me.

• I can tell others who are not Christians what I know of His love and sacrifice. Like I’m doing right now. Who knows what person may come across this post who needs to hear the message of hope? To get an inkling of understanding about the God Who loves them?

All three of these bullet points have the potential for sacrifice on my part. The world is ugly and dangerous. I don’t know what difficult situation God may allow me to pass through. If I speak out for Christ in a world hostile toward Him, I could pay with my fortune or my life. The Holy Spirit has been known to ask the seemingly impossible. But if He asks, then He will empower me to do it.

Next week the Church commemorates what is known as The Passion. It starts with Palm Sunday when the crowds adored Jesus and hailed Him as their king. Within a week, Jesus instituted the Lord’s Supper for His disciples, pleaded with His Father in prayer as He knew He would face an unimaginable horror, and was brought to trial by the Sanhedrin.They slapped and spit upon Him–their own Messiah! Then the powers of Rome tortured and mocked Him with thorns and whips and forced Him to carry the cross to Calvary where they would nail Him to the wood and allow Him to hang there, suffocating, until He died. All of what I’ve described is the observable sacrifice.

But remember the invisible sacrifice. While His body writhed in agony, His Spirit endured worse, as He became filthy with every sin that every person has committed and will commit in the future.

That, my friends, was the ultimate sacrifice for all time.

credit for photo of girl: carolina-heza-zMfP2YvouOY-unsplash